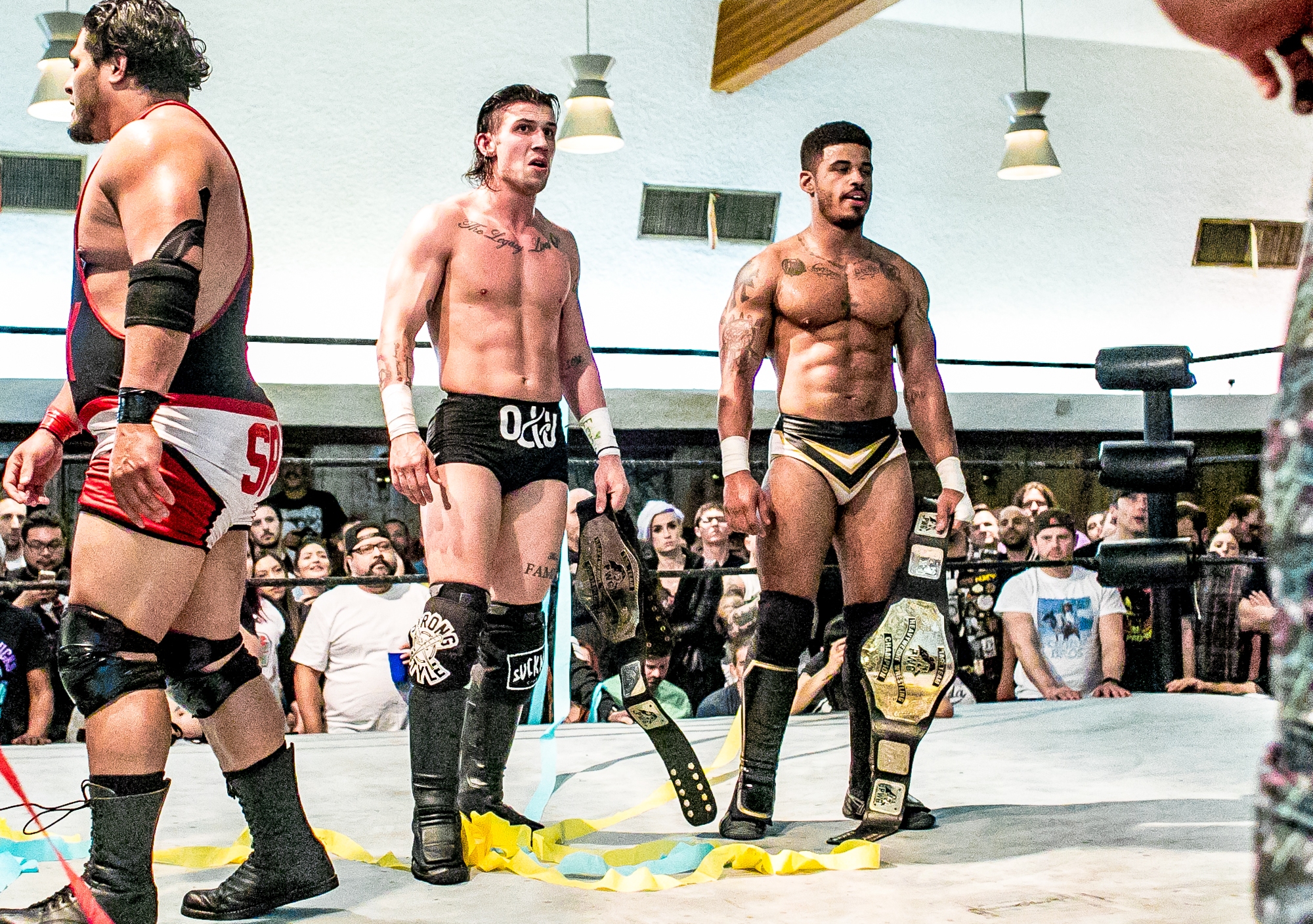 It was The Rascals’ time in Pro Wrestling Guerrilla. Dezmond Xavier and Zachary Wentz went on their way to being a staple in the history of pro wrestling and sports entertainment. The wild and aggressive style that The Rascals brought to the table showed flawless precision in their attacks and a graceful defense.

The Chosen Bros of Matt Riddle and Jeff Cobb defended their prestigious PWG Tag Team Championships in the main event of All Star Weekend 14 in what may be The Young Bucks’ last battle inside the American Legion Hall.

Throughout a night where we saw Janela, Walter, Bateman, Keith Lee, Trevor Lee, Bandito, Horus, Ishimori, Webster, Thatcher, Guevara, Eagles, Page, and Rock lay it down, one team is hoping to bring the sword to the table.

But Riddle and Cobb did not get the job done with their strikes and throws. After every suplex was a member of the other team breaking up the fall.

A superkick party went loose and found its way across the face of Referee Justin Borden, and knocked him out. Wentz and Xavier dropkicked all the competitors in sight with speeds that earned gold medals in racing competitions. Bodies were punished with dives out and back into the ring, onto an extremely wobbly face of the ring canvas.

A Meltzer Driver connected by the Young Bucks.

Rick Knox, in an act of boldness, attempted to count the fall for The Young Bucks. However, emotions ran high, and so did Knox’s middle finger, two of them straight to the eyes of Matt Jackson.

Ducking a superkick, Rick Knox let Nick Jackson take his brother’s foot to the chin and closed out The Young Bucks’ run in the American Legion Hall without a win.

Knox counted the fall for The Rascals after a tandem crucifix bomb with an assisted double-knees by Wentz on defending champion Jeff Cobb for the end of the match.

The Rascals, crowned new Pro Wrestling Guerrilla Tag Team Champions, celebrate briefly and take their new to the back as The Young Bucks gave a heartfelt speech about the history and meaning behind the American Legion Hall, thanking all the friends they have ever worked with. 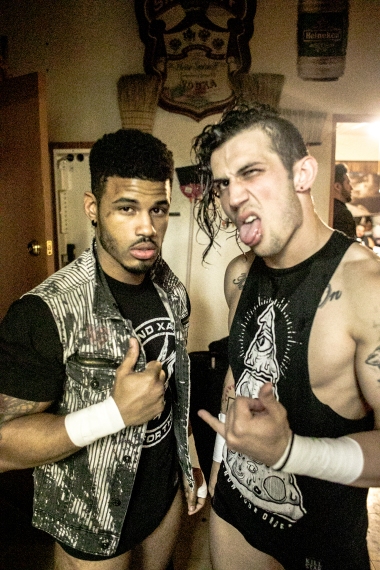 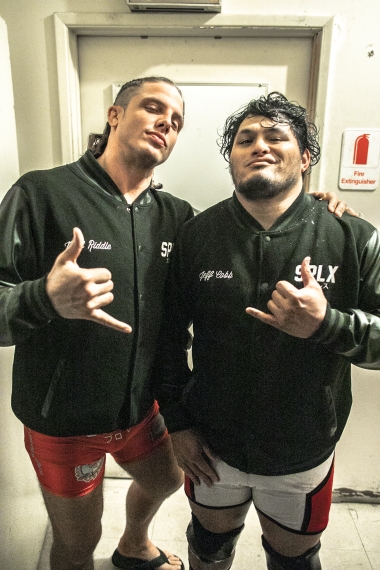 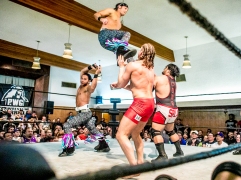 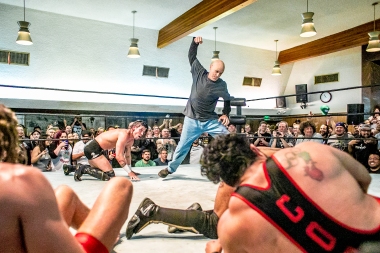 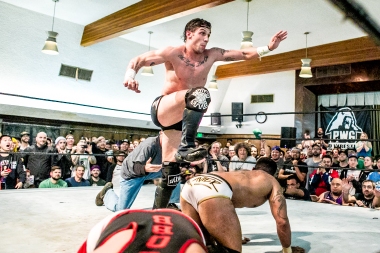